I chose it because it’s about the struggle of young artists to stand up for what they believe in, in the face of overwhelming despair – in this case the rise of Hitler and the Nazis in 1930s Berlin – and I wanted to work with the young actors on something that championed the importance of artists in the world, as they took up their places in it.

It’s a long, contentious play, and a difficult, didactic one in places, but it rises throughout into such poetic and beautiful hope, and offers such rich, fun, magic commentary through supernatural characters that I couldn’t resist taking the risk with it. I also designed the set and lighting concept – opting for light boxes on either side of a traverse stage so that the audience spent the show looking into each other’s eyes, whilst the light boxes provided colour-commentaries on the scenes.

The picture above shows Rachel Spicer as Zillah, singing a bitter love-hate song to Hitler. In the nightie is Jenna Augen as Die Alte – an old old woman who has absorbed centuries of toxic memories into her very body.  And below her are Rebecca Blackstone, Cynthia Erivo, Tom Kay, Eva Traynor and James McArdle as the some of the friends who fall apart as the decade marches on. The cast also included Andrew Martyn-Lewis and Mary Mallen. 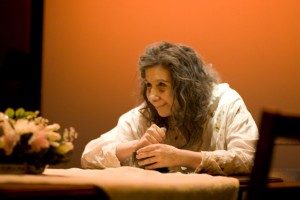 These lines are spoken by Anabella Gotchling, a communist graphic designer:

“Pick any era in history…

What is beautiful about that era?

The way the rich 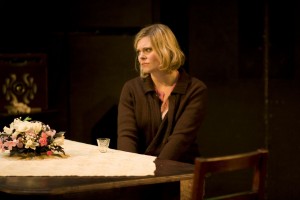 The way the poor lived?

The dreams of the Left 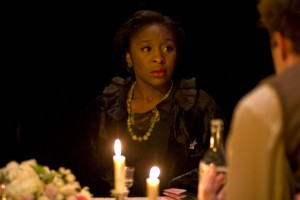 The imagining of a better world

the damnation of the present one. 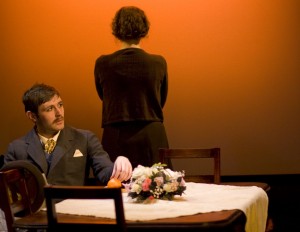 are worthy of being called human.

These are the Beautiful 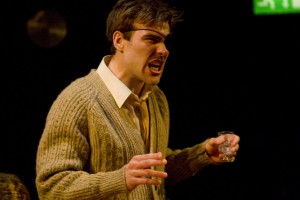 As an artist I am struck to the heart

by these dreams. These visions.

We progress. But at great cost. 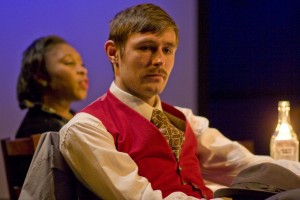 anyone stand to live

without understanding that much?”