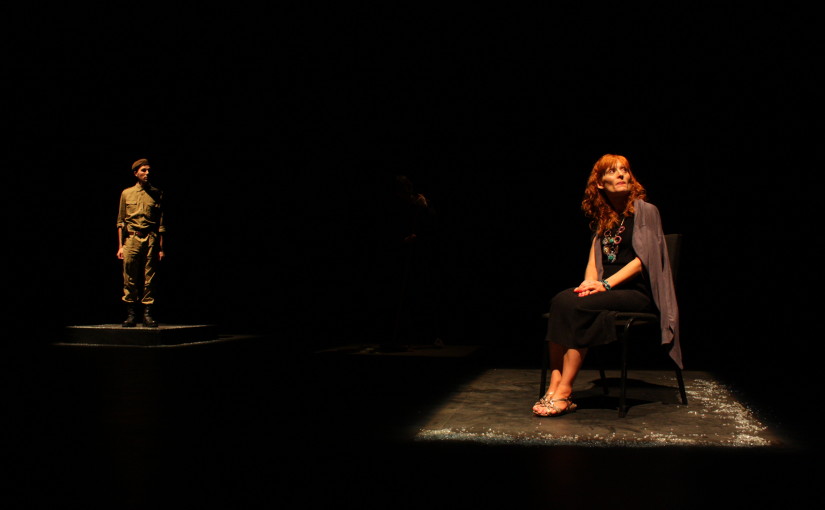 A new play I directed by Leon Fleming, for the Jersey Arts Trust Spearpoint New Plays Project 2011, performed at The Jersey Arts Centre.

Cairo, January 2011. Spring has come and the Arab world is on its feet. Outside the Egyptian Museum of Antiquities the people are fighting. Inside, even the Death Mask of Tutankhamen is not safe. Who can protect the artefacts of a nation at war with itself?

The following words are spoken by Omar, a young Egyptian soldier:

“Sands of time, run not through my crippled hands
For time cannot be measured in grains of sand or salt
There are no sands of time, but there are moons and suns
Seas, deserts, rocks, and scorpions
Time and fear, my foes unite
I will not turn, or run, or hide
Let fear be a rock in my pocket, thrown out into the desert
Be lost fear, and never may you be found
My country, my lover
My home, my mother
Our fears be tied, be gagged, buried for all time
In chambers of sand
Prisons of our walking gods
Let the Sahara swallow you my pharaohs
For while you haunt, evil is my shadow.”

Whatever else this play may turn out to be, it is a thriller and the kind of lighting and soundscape used should utilise the motifs and evoke the feelings employed by film noir.

So we experimented! With expanses of darkness, shadowy figures, and characters stranded in freeze-frames and penned in with broken glass whilst their words tried and failed to connect with each other. I found that reaching for a different genre was a very creative position to be in.

Here’s a recording of myself and Leon taking about the play on BBC Radio Jersey:

And here’s short documentary about the project: