Shout out to the whole team. Can't tag them all on Twitter and don't want to leave anybody out, but it's an extraordinary team effort.

Meanwhile, back at the building, the food bank and community kitchen are just about to distribute their 100,000th m… twitter.com/i/web/status/1…

And that's on top of scores of classes, courses and workshops..

Click on that link and you'll see an online half term camp full of creativity and fun, a free celebration of trees… twitter.com/i/web/status/1…

Today I want to celebrate @JW3London. 10 months ago our website was a signpost to a building. Today it's a doorway… twitter.com/i/web/status/1… 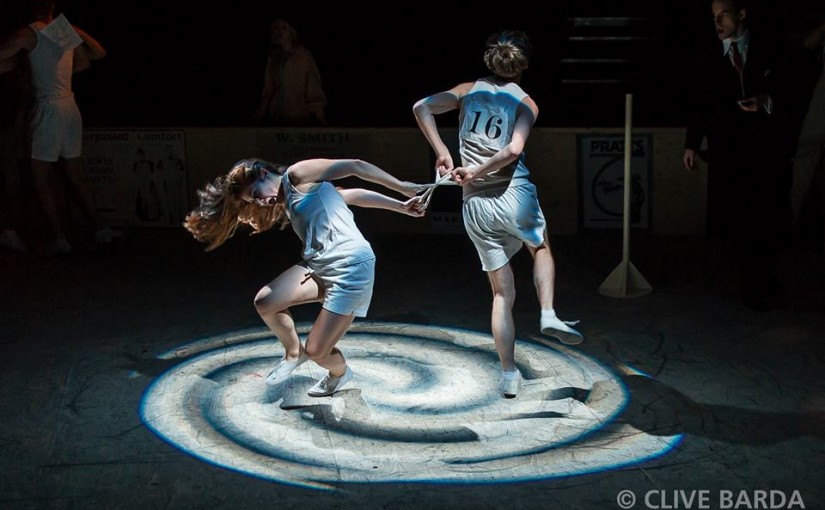 I directed this UK premiere at Barbican Centre for Guildhall School of Music and Drama, in a massive immersive production for all 26 of their graduating MA and BA Acting students, plus a 6-piece jazz band.

Marathon ’33 is about a dance marathon – a depression-era endurance spectacle in which couples literally danced till they dropped with no stopping for sleep. Meanwhile the management rigged the competition to heighten audience interest… and hence their spend. The competitions often went on for months, with audiences admitted 24/7 as the dancers suffered all the physical, mental and emotional effects of exhaustion that we now associate with torture.  I chose it because I see parallels with today’s exploitation of real people as objects of ‘reality’ entertainment, and because it asks its young actors to consider how we treat one another in show business.

The form was as important to me as the content; the play was not written to be staged in the round, but I wanted the audience to feel complicit as spectators would have been originally, and to rub shoulders with the contestants – so we built a gladiatorial-style arena with acting areas in the bleachers. I was fortunate to work side by side with movement director Emma Annetts to tease moments of detailed focus out of a wildly swirling whole.

1933: the height of the Great Depression and a savage contest is about to kick off.

This is a Dance Marathon, an endurance test in which couples must dance perpetually, until one by one they succumb to exhaustion and madness, in a spectacle of cruelty rigged to keep audience members hooked and spending money.