@Philippa_Perry @Adele Yes! And the first lyrics speak pretty directly to your tweet 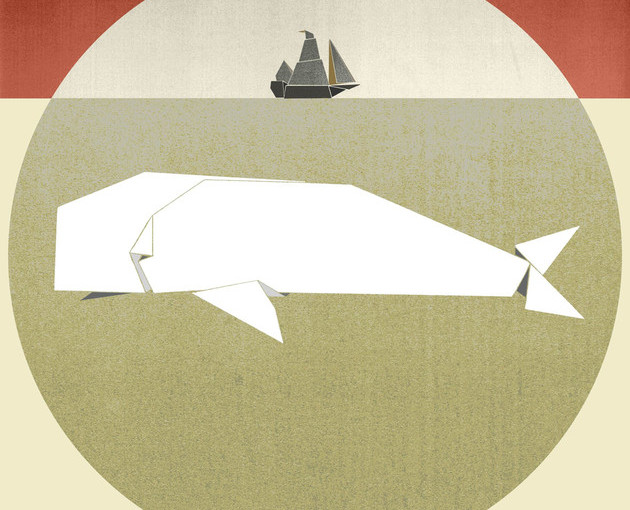 Over four days in October 2015 the whole of Herman Melville’s iconic novel Moby-Dick was read aloud in the Clore Ballroom of Southbank Centre, in a co-production between The Special Relationship and Southbank Centre for London Literature Festival.

The performance was free, and it was recorded and filmed for live streaming and subsequent delivery as a serialised novel in digital instalments by The Pigeonhole. You can also hear it in full, here.

The cast were 150 writers, poets, comedians, performers and members of the general public. Early readers included Issy Suttie and the Reverend Richard Coles, and the closing chapters were read by Bonnie Greer and Siobhan Redmond. Each person knew roughly where in the text they would be reading, but not their exact starting or stopping point, as the text had been divided up and allocated to readers in 10-minute slots, rather than chapters. 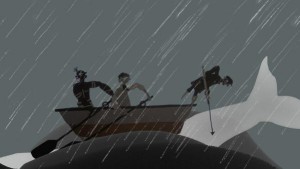 In addition, illustrations and animations specially commissioned for each chapter were projected onto billowing sails either side of the stage, and 14 episodes were brought to life by performances, flashmobs and processions from Southbank Centre’s network of community choirs, dance groups, shanty bands and drama groups. The illustration above is by Matthew Robins:

My role included designing the systems which made the rolling reader system flow smoothly, leading workshops and rehearsals for c.70 readers drawn from the general public, and co-ordinating the readings with the other performances. 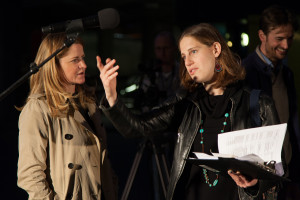 Oh… and reading a completely unknown piece of text at a few minutes notice when a reader dropped out at the last minute. Here I am, starting at 4 mins 44 secs. Huzza!

For me, the real achievement of this project was that it brought members of the public – of all ages, all backgrounds and all levels of ability and disability – together with literary and performance professionals in a complex artistic feat, made sure we heard all their voices, and credited them all equally.

It was a fantastic model for collaboration, and for public participation in a professional arts project.