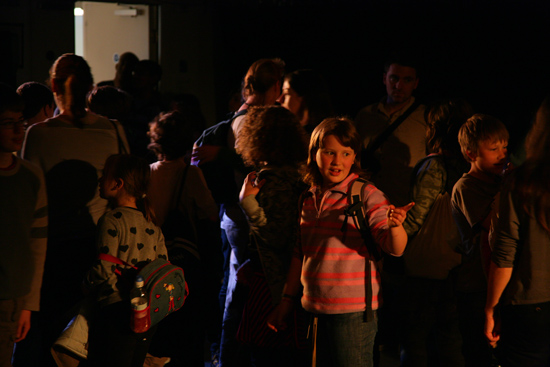 The Accidental Proteus by Michael J Flexer was a new one-act play for children directed by me and produced by Company of Angels at London’s Soho Theatre, as part of their New Writing for Children program.

The rhythms and routines of the eccentric island of Whichover are disturbed forever when a mysterious young man called Malik is shipwrecked on the shore. Malik has no memories and no possessions but an extraordinary power over which he has no control – the ability to turn into whatever people wish him to be. 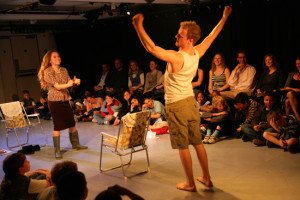 Loved by some, resented by others, this accidental Proteus becomes both hero and villain to the Whichovians and soon discovers that, in their own way, they are every bit as unusual as he. 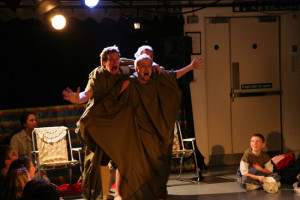 I was inspired by foley sound effects, and we had two stations at either end of a traverse stage where cast members made wacky noises to accompany Malik’s low-tech transformations into a three-headed sea monster, a long-lost brother, a dog and a romantic hero. 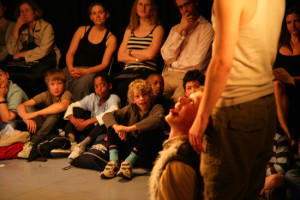 The stations were created by designer Charlie Damigos out of wind-breaks and deck-chairs, evoking nostalgic seaside holidays, and the actors used everything from didgeridoos to ratchets. 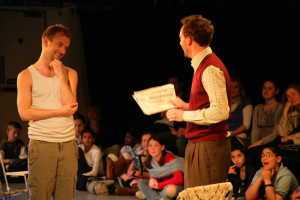 I was also influenced by the lightness of touch that makes rehearsed readings so ‘live’ where fully-staged productions can sometimes weigh down, so we tried to keep an edge of improvisation in our performances. 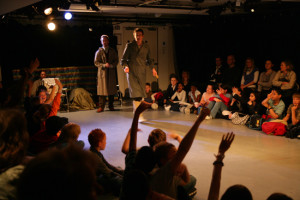 The young audiences loved our professional silliness, and you can see from their faces below that they were hooked on the story. 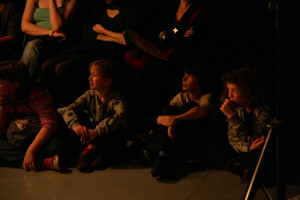