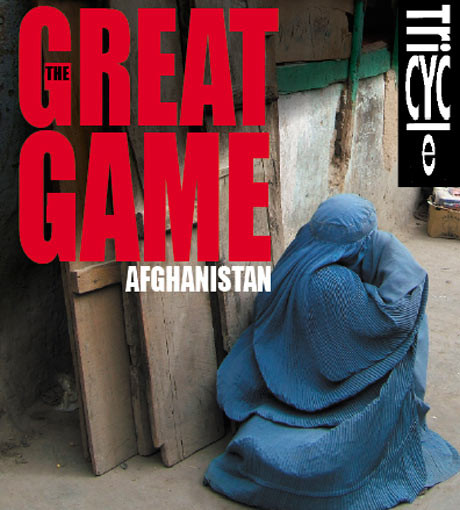 The Great Game: Afghanistan was a season of new short plays about the history of Western intervention in Afghanistan from the Victorian era till today. I directed some plays and assisted Nicolas Kent (the visionary Tricycle Theatre Artistic Director who conceived of the idea) and Indhu Rubasingham (who has succeeded him as Artistic Director) on others.

It was produced by London’s Tricycle Theatre in summer 2009, and returned for a second run with minor revisions in 2010 before embarking on a US tour and playing a command performance for White House staff.

The dozen plays were organised into a chronological trilogy which could either be seen over three weekday evenings, or back to back on weekend ‘trilogy days’. A special trilogy day was performed for British Army staff, after which the then-head of the British Army, General Sir Richard Dannatt, said that if he’d seen it before he deployed he’d ‘have been a better commander of ISAF’.

The season was a theatrical phenomenon, garnering an Olivier nomination for Outstanding Achievement in an Affiliate Theatre, and using the arts to make a major contribution to our understanding of an issue of ongoing global importance. In 2009

The Great Game was commissioned by Nicolas Kent, with literary management from Jack Bradley. It designed by Pamela Howard with Miriam Nabarro. I assisted Nicolas Kent and Indhu Rubasingham in directing many of the plays, as well as directing three plays by American authors: Blood and Gifts by JT Rogers, Wood for the Fire by Lee Blessing and No Such Cold Thing by Naomi Wallace. I also directed rehearsed readings by Adam Brace and Paven Virk.

Here is the trailer:

And you can buy the plays here: